I am looking forward to joining MultiStory Orchestra again this Saturday to perform a program of Steve Reich as part of the BBC Proms…. The concert will be held rather unusually at Peckham car park and will be broadcast live on BBC Radio (Saturday 3rd September)

I really enjoy playing this kind of music. The repeating, slowly shifting patterns are fascinating to pick out. I frequently hear people refer to minimalist music as being simple but often the reason for the repetition is necessity. So many things are going on simultaneously; although simple in themselves, the combined effect of these elements create patterns and waves of sound that you need to hear many times to appreciate fully. There is a wonderful moment when the initial impact of the start of a piece has settled, that both the audience and performers fall into an almost meditative groove. This mood is constantly evolving into different characters and colours as the patterns shift and carry everyone along with it.

Back in July we traveled to local schools in the Peckham area to perform to several hundred children. MultiStory Orchestra is built on a strong base of outreach in the community and as a result have achieved stunning popularity amongst younger audiences. What started as an odd eyebrow-raising idea of playing classical music in a car park has exploded into a standard bearer of the trendy classical music scene. With consistently packed, sellout crowds of several hundred people, (the proms tickets sold out almost immediately) MultiStory are doing more than something right. 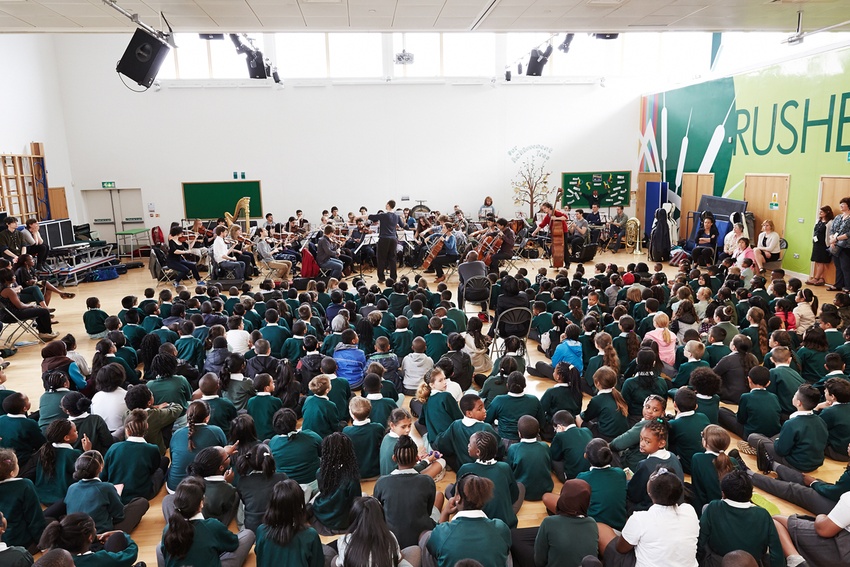 The project is led by the creative minds of composer Kate Whitley and conductor Christopher Stark. Their deep enthusiasm and love of music is evident through their constant personal involvement at every stage.

At this point I would normally post a “click here to buy tickets” link, however I am well aware that they have sold out for already. I believe there are some promising tickets available if you queue on the day. If you would like to read more about them, their website is HERE. Good luck booking for next season!