On 13th May, my brother, Oscar Perks and I had the pleasure of performing Mozart’s Sinfonia Concertante with the Orchestra of the City at St.James’ Piccadilly under the baton of Christopher Hopkins. It was a huge honour to have the opportunity not just to play such a magnificent piece of music with a keen, responsive and musical Orchestra, but to to it with my brother (a long standing dream for both of us) in such a nice venue. The Orchestra of the City and Christopher Hopkins were a welcoming combination who led and supported with confidence sensitivity and ease throughout the rehearsals and the concert. 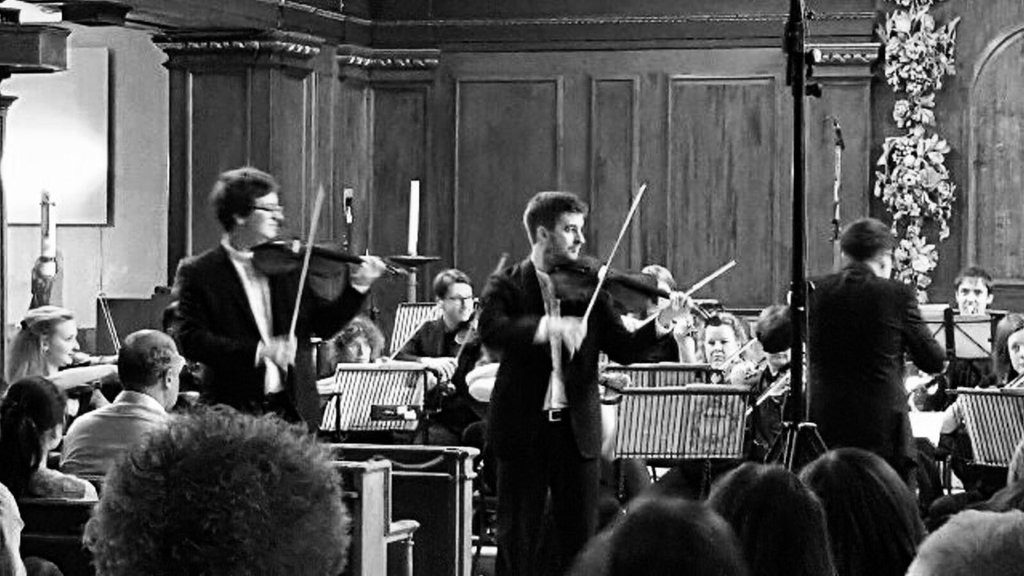 Sinfonia concertante with the Orchestra of the City at St.James’ Piccadilly

Playing with an orchestra offers freedom and restriction is equal measures. On the one hand, it is hard work to always play with with projection and relatively a narrow scope of rhythmic freedom, whilst on the other, the support and excitement provided by the number of players is totally infectious. The extremes of colour provided by the range of instruments and the willpower of so many people is a really powerful tool. It is also incredibly fun. 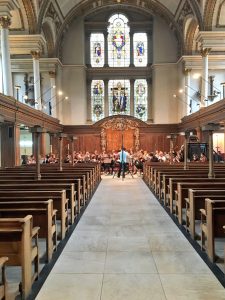 The piece is placed in an interesting spot historically (1779 to be exact). It is the archaeopteryx of concertos. It occupies the space between the Baroque concerto grosso, and the classical symphony. In the concerto grosso, musical material is passed between a small group of soloists (also know as the concertino) and the orchestra (or ripieno). Sinfonia Concertante shares characteristics of both and has a conversational feel to it due to this passing around of important material however the orchestral writing is very symphonic and far more wholesome than other contemporary concertos. It also has my favourite crescendo in all of music in the opening tutti just before the soloists enter.

Oscar and I are both very grateful to Chris Hopkins and the Orchestra of the City for having us. Be sure to have a look at their websiteto see their future concerts.  www.orchestraofthecity.com