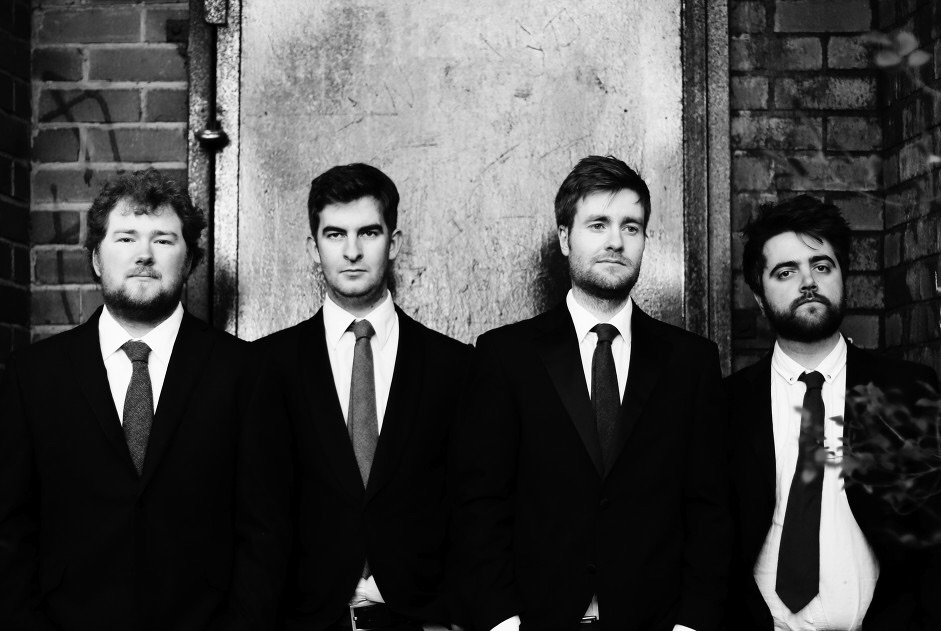 The Maxwell Quartet in Glasgow

Hailed as “one of the front-runners” in young UK ensembles (Classical Music Magazine, 2013) the Maxwell Quartet are rapidly emerging as a dynamic and exciting force in the chamber music world, with an unparalleled drive and commitment to expanding the string quartet repertoire.

The quartet was formed in 2010 at the Royal Conservatoire of Scotland, where its founding members met as postgraduate students.  Upon winning the major chamber music prizes, in 2011 they were selected as the Royal Conservatoire’s first ever Young Artists in Residence/Junior Fellows in Chamber Music. During their studies, the Maxwell Quartet were mentored by members of the Brodsky Quartet, Endellion Quartet, Dante Quartet, and Quatuor Mosaiques, in addition to working closely with mentors including Robert Irvine, William Conway, and Steven Osborne.

The quartet was also named as Residency Artists for Enterprise Music Scotland 2011-2013, which saw them giving several acclaimed concert tours over their two-year tenure. Since then they have established themselves as the most widely-performing chamber outfit in Scotland, and have gone on to delight audiences with their “unnaffected enthusiasm” (North Highland Times) and their “panache and conviction” (Strathearn Herald), gaining particular repute for their balance of new and old in their programming.  As well as being regular guests at Perth Concert Hall, they have appeared at many festivals including the Plug Contemporary Music Festival, the Cottier Chamber Project, Lammermuir Festival, Loch Shiel Spring Festival, Celtic Connections, SOUND Festival, BBC Chamber Music Proms and more. The quartet has collaborated with the likes of pianist Benjamin Grosvenor, cellist David Watkin, cellist Philip Higham, and accordionist Paul Chamberlain.

They have also commissioned new works by Anna Meredith, Tom Harrold, Gareth Williams, Alexander Horowitz, and Rory Boyle to perform new works for string quartet. They are passionate about expanding the quartet genre and collaborating with non-classical artists and other artforms.

In 2014 they were selected as Park Lane Group Young Artists, and Tunnell Trust Music Coll 2014 artists. In 2014-2015 they give a concert series of late Schubert Quartets at Perth Concert Hall in Scotland, and feature as artists in residence at the Loch Shiel Spring Festival in May 2015.

In addition to a busy concert diary, the quartet have featured in broadcasts for BBC Radio Scotland, as well as regularly giving schools workshops and concerts for children.